What is a perpendicular church? 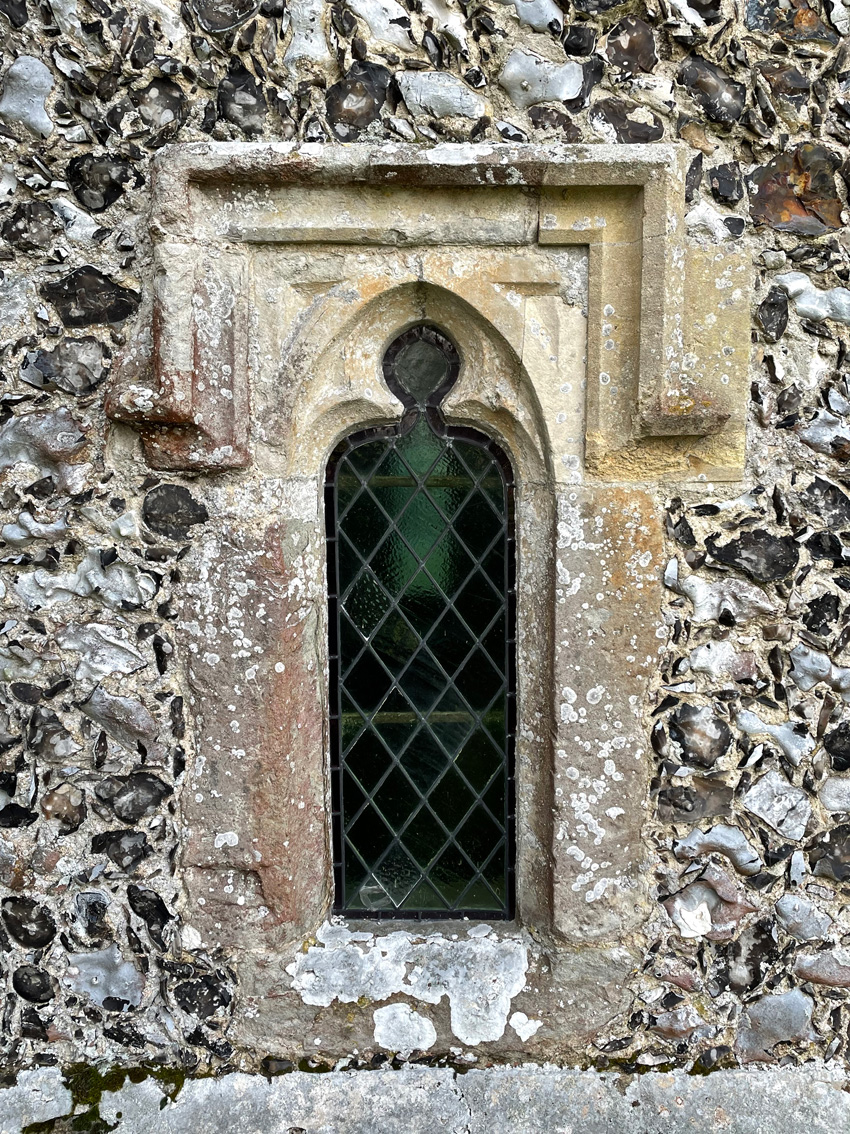 ‘Perpendicular’ or ‘perpendicular gothic’ is a style of church architecture developed at the end of the 14th century. To understand the style one needs to look back to the beginning of the 12th century when churches were built in a style brought to England by the Normans.

In this Norman style windows and doors were built with a semi-circular arch at the top; a method which had been used since Roman times. Such arches worked well but restricted the height of the wall above them. This was because the weight of any part of a building above such an arch bore down on its centre. Windows and doors had to be narrow or they would collapse. What appeared to be wider windows were in fact two, or more usually three, windows side by side with substantial supporting posts between them.

In 1176 a master mason from Sens in France persuaded the monks of Canterbury Cathedral to try a new building style based on an arch with a point in its centre. This small change was revolutionary. The introduction of a point meant that any force bearing down on an arch was deflected sideways. That in turn meant that windows and doors could be made wider. Supporting posts in windows were removed and replaced with purely decorative stonework. Such pointed arches became known as ‘gothic arches’.

These changes happened slowly. At the time masons tried out new building techniques using the simple test of ‘let’s build it and see if it falls down’. So early gothic arches were supported by very large columns at the side. As the masons’ confidence in gothic arches grew, windows became wider and the supporting columns narrower.

Returning to the 14th century, gothic arches had by then become more pointed and windows were wide with no central supporting structure. But masons used the benefit of this by filling windows with increasingly complicated decorative stonework, known as ‘tracery’. This style became known, appropriately, as ‘decorated gothic’.

At the end of the 14th century a major change in building style occurred in England promoted by a master mason called Henry Yevele. He realised that gothic style arches could be used to build windows that were not only wide but high. And such arches with their narrower supporting columns could also be used to support much higher roofs. An early example of his work is the nave at Canterbury Cathedral. The picture below shows a moulding of Master Mason Henry Yevele on the nave roof of the cathedral which is believed to have been installed as a tribute by his successor, Stephen Lote. 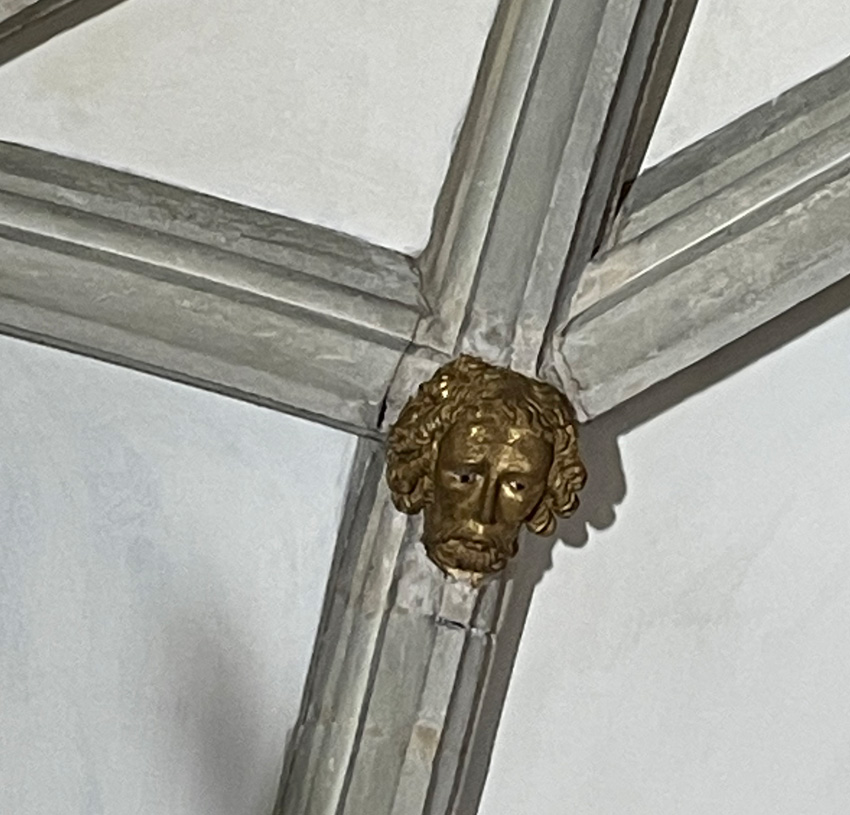 A moulding of Master Mason Henry Yevele on the nave roof of Canterbury Cathedral.

These techniques offered a number of benefits. Higher and wider windows meant more natural light entering a church. This was at a time when the only artificial light came from burning expensive candles. High roofs drew visitors’ attention upwards to where the medieval mind believed heaven lay. This was enhanced by moulding supporting columns to look as delicate as possible with simple stonework to avoid distracting the eye as it followed the columns upwards. Such columns could be seen as tangible links between earth below and heaven above, emphasising the spiritual nature of the building.

This emphasis on height, or verticality, was reflected in windows where ornate decorative tracery was replaced by straight and predominantly vertical bars which were often extended both above and below the window itself. Below is a picture of a window in the south wall of St. Michael’s Church showing such vertical tracery in the window top, with two vertical decorative mullions below. 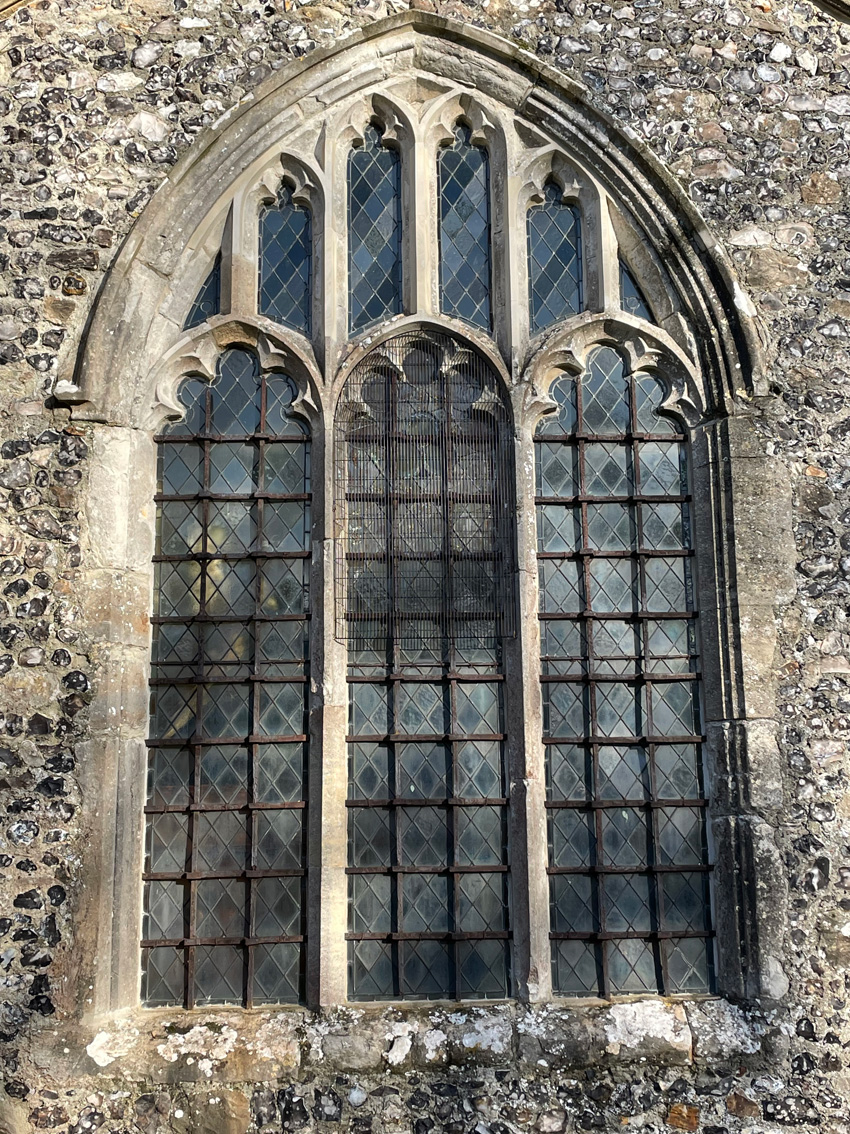 A window in the south wall of St. Michael’s Church, Hernhill

Windows were often set in moulded tall rectangular frames which sometimes extended like stone panelling along a whole wall. The porch window at St Michael’s shown in the picture below reflects this style, the window being set under a rectangular hood-mould.

The focus of this style on the vertical led to it becoming known as ‘perpendicular gothic’. It first appeared in large churches such as cathedrals and abbeys where it was most effective. However, the style soon became popular throughout England and its architectural features were reproduced in many parish churches. Sometimes this just involved replacing key windows, but some parish churches were completely rebuilt. St Michael’s was one of those churches and is one of the few where the style has been fully preserved.

Below is a picture of the nave of St. Michael’s. The arches between the aisle columns have central ‘gothic’ points, as do the window openings and the central arch at the far (west) end of the nave. Each aisle column is moulded as four shafts around a central core. The shafts have simple polygonal capital tops and bases which are free of decorative mouldings. 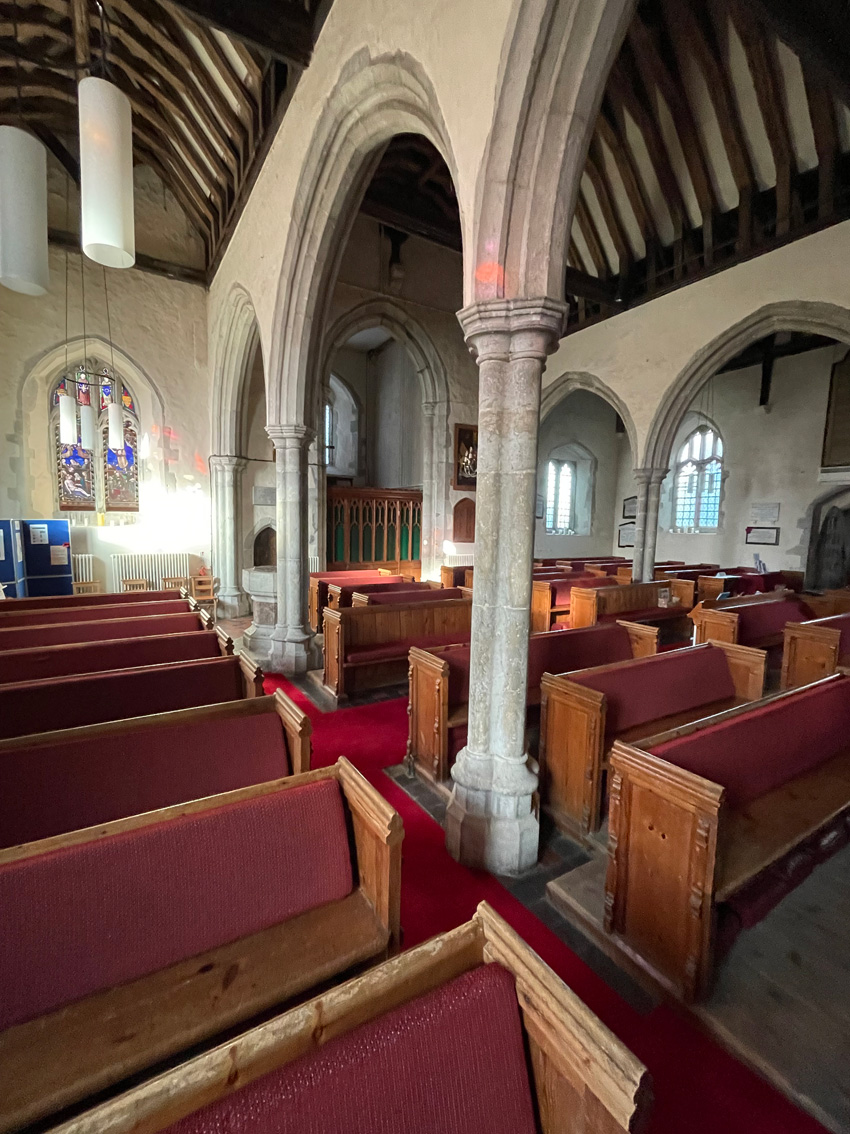 The nave of St. Michael’s Church